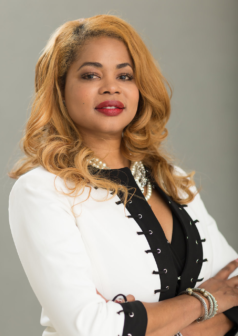 Ayanna L. Jenkins Toney, Esq. was born and raised in Atlanta, Georgia. After graduating from Howard University with a degree in psychology, Ayanna pursued and was successful at her dream of being a professional model. Ayanna Jenkins traveled all over the U.S. modeling and has appeared in several international publications. While attending law school in New York and San Francisco, Ayanna continued to model. Spurred by a passion for justice in the American judicial system, Ayanna completed her legal studies.

Her personal motto in life is “defeat is not an option.”